Comparing two well-known brands, Castrol Edge vs. Pennzoil Platinum synthetic oil is not an easy task. Motor oil, which lubricates your engine and keeps your car running smoothly, is a very important product. The oil you use will determine how well your engine runs, as well as the kind of mileage you get from your car.

Castrol Edge and Pennzoil Platinum are two of the most-used motor oils in America. Both have a similar shelf life, but their qualities differ. Castrol Edge is a synthetic engine oil that’s marketed as a premium oil. It’s often used to protect against engine wear, and is an option for those who want to avoid high-cost oil additives. Pennzoil Platinum is a high-performance oil. It’s designed to give your engine a strong, lasting start, to help it keep running smoothly, and to keep its reliability high. Both are great motor oil for ford ecoboost engines.

Depending on your vehicle and driving style, you can find the perfect fit. Your choice should follow OEM guidelines. Which oil grade should you use? Here’s my evaluation on 5w30 and 5w20. Don’t get panicked in low oil pressure situation. Here’s some quick fixes.

Both motor oils are market leaders. They work well to protect the engine, but they differ in some aspects. They perform similar functions. Pennzoil Platinum keeps the engine and oil filter cleaner. Castrol Edge promises ultimate power in severe driving condition.

The following are the differences between Castrol Edge and Pennzoil Platinum. 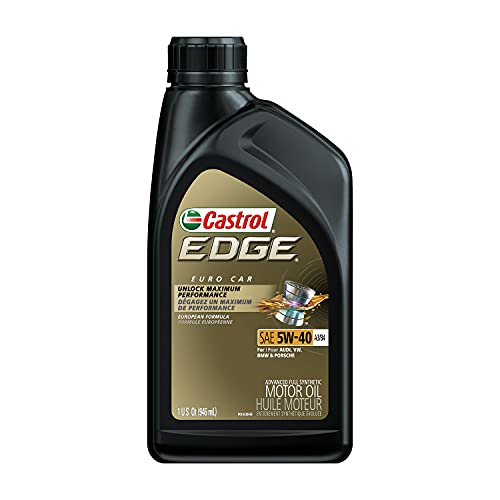 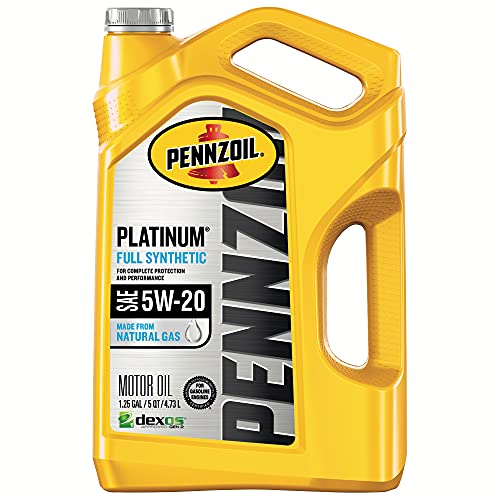 The internal grinding of the motors keeps this engine oil warm. If you want performance motor oil, go for it blindfolded.

At the same time, Pennzoil is another well-known oil producer. Their platinum oil is 100% synthetic. The oil is designed to protect the engine and extend its life. Pennzoil Platinum stands out among other conventional motor oils due to its superb combination of synthetic oil and performance additives.

Castrol Edge is a synthetic motor oil that can withstand extreme temperatures and high levels of stress.

At the same time, At low temperatures, Pennzoil Platinum has a lower viscosity, requiring less effort from the engine to pump the oil. The low-temperature oil flow keeps your engine running smoothly even at high temperatures.

Pennzoil Platinum‘s main feature is its cleaning ability. While driving in a severe condition, the active cleaning agents clean the engine. When driving at a variety of speeds, this reduces metal-to-metal contact and reduce engine wear.

On the other hand, Castrol Edge has longer oil change intervals, which will ensure a safe cold start. It drives on average an extra 550 miles per year. Titanium is strong to maximize engine output.

Castrol Edge is a performance-oriented brand, preferred racing oil for many. It works flawlessly for vehicles with higher mileage, sports cars, and even regular passenger cars. At the same time, Pennzoil is known for its high-end car event sponsorship. This engine oil is ideal for high road driving conditions whether you ride a Toyota Prius, Ford Mustang, or even a high performance turbo car.

Castrol Edge has a longer oil change interval, and the price is affordable, given the proper oil pressure. On the contrary, Pennzoil platinum can help reduce frequent oil filter change, making it value for money.

Best Use Cases Of Castrol Edge

Castrol Edge full synthetic motor oil is designed for drivers who demand the best from their engines. It comes with Fluid Titanium. Every drive unlocks thrilling performance.

Castrol Edge motor oil is recommended for cars, trucks, vans and SUVs. It’s engineered with high-performing, high-quality synthetic base oil and a revolutionary additive system that helps keep engines clean and running at their best.

Does your engine lose ten percent of its power from friction? Engines today are smaller, more powerful, and under more stress. The increased demands on the engine for performance and efficiency mean that friction should not be a problem. This Castrol Edge fluid titanium keeps metal apart by changing structure under pressure. It reduces friction for better performance.

It works flawlessly for vehicles with higher mileage, sports cars, and even regular passenger cars.

Best Use Cases Of Pennzoil Platinum

Pennzoil ultra engine oil is made of more quality materials than other engine oils. It is also for engines that need high-quality oil for protection and durability.

If you want to test your motor in various conditions, Pennzoil Ultra Platinum oil is the best choice. Regardless of the vehicle’s quality, it can adjust several driving conditions. The oil contains cleaning agents, which ensures high performance. It also proves mileage. At the same time, The low-temperature oil flow keeps your engine running smoothly even at high temperatures.

Pennzoil ultra engine oil is a synthetic motor oil that provides cleaner engine surfaces and lubricates better than conventional motor oils. It may also extend the life of engine seals and gaskets and will not break down and form varnishes and sludge. It’s designed to deliver outstanding performance in extreme-pressure conditions and in high-temperature performance.

It also prevents LSPI (Low-Speed Pre Ignition). Pennzoil Platinum is the first motor oil made from natural gas and meets all industry standards.

What Is Synthetic Motor Oil

Synthetic oil is an artificial lubricant made from almost always distilled crude oil. The 1970s saw the introduction of some of the first API synthetic motor oils. Synthetic motor oil is refined and purified before being reduced to its essential molecules. It is modified with better performing additives to make the molecules more uniform.

Synthetic oil performs better in high and low temperatures. This is critical for modern fuel-efficient engines with turbochargers or direct injection.

As of 2016, 7 out of 10 new cars come with synthetic motor oil. It keeps your engine running, extending the life of your car.

Any internal combustion engine (ICE) requires lubricant to run properly, let it be diesel engine or petrol. The engine oil must be the correct type for the engine and be changed regularly. Using the wrong engine oil can cause major issues. The engine may lose power, become noisy, or even fail.

Engine oil lubricates all of the moving parts in your engine to reduce friction and power loss. Lubricated car’s engine gives high mileage and perform better.

How To Choose The Right Synthetic Motor Oil

Motor oil is a lubricant that keeps our engine, gears and moving parts working smoothly. It is a viscous liquid that flows easily and remains thin until it comes into contact with an object. Then, the oil’s additive package creates a thickening effect that causes the oil to remain where it is put, protecting our cars and other machinery from wear and tear.

Castrol Edge is good oil. With Edge, you can benefit from better fuel economy, lower emissions and performance, and the protection of the Castrol Edge Extended Life Technology. Castrol edge engine oil is also very effective in keeping your engine clean.

I used Pennzoil Ultra 5W-30 in my truck, and it seemed to do the job. My truck was clean, and my engine ran smooth. I recommend this product to others. Pennzoil ultra engine oil has a great reputation for protecting engines. It is a quality product that keeps your engine performing optimally throughout its life.

Pennzoil Platinum Vs. Ultra Platinum, Which is Better?

How many miles between oil changes for your car?

Every vehicle has its maintenance schedule Belief in “three months or three thousand miles” is outdated. In reality, only vehicles driven in harsh conditions require that frequent oil changes. A modern vehicle’s manufacturer-recommended interval is every 5,000 miles. Some say 7.5K or more. Consult your owner’s manual for specific advice.

Castrol last 10,000-15,000 miles or six months. These ratings only apply to “normal driving” and do not account for extreme driving conditions that may necessitate more frequent oil changes. Your driving habits matter. It is recommended that you change your oil sooner than the rated mileage of synthetic oils like Castrol.

Any reason to use magnatec over the Castrol edge?

Castrol Magnatec and Edge are both good synthetic oils. Castrol Edge is ahead of the Magnatec as it meets the standards in terms of performance. Using the Edge can cover an additional 5 to 7 km with every 10 km covered. The Edge has distinctive features that make it preferable.

Should I use high mileage oil or synthetic?

Synthetic motor oil does provide longer oil change intervals, but it depends on the brand you use. Some brands recommend changing your oil every 3000 or 5000 miles. Others suggest 7500 to 20,000 miles. Driving conditions and driving style also influence the time between oil changes.

Does synthetic oil have an expiration date?

Yes. Also, see if the color changes from clear to milk; it indicates that the oil is expired. When expired, the oil is not fit for use. The best environment to store the oil will be in a dry place, away from direct sunlight.

Vehicles are more likely to consume engine oil as they age due to wear. If engine oil gets into the combustion chamber, it will burn, possibly in small enough amounts to not produce telltale blue smoke in the exhaust but large enough to notice when checking the dipstick.

What is the difference between synthetic oil and regular oil?

Will switching to synthetic oil cause your engine to leak?

What Is a catalytic converter?

Can you drive without a catalytic converter?

Catalytic converters (vehicle’s emission system) are optional. Catalytic converters have been removed from vehicles in non-emission testing areas, but this is illegal in all states, even those that do not enforce emissions standards. If you remove the converter yourself, know that intentionally disabling a vehicle’s emission system is a serious offense. And the government can fine you tens of thousands of dollars.

Regardless of the challenge, engine oil remains vital to a vehicle’s success. As important as purchasing a key component is, you must still select the proper engine oil. Both Castrol Edge and Pennzoil Platinum provide equally exceptional synthetic oil performance. You’re guaranteed to get the best regardless of which you purchase.

Never purchase low-grade oil. Not only will it compromise your vehicle’s performance, but it will also damage critical engine components. To get the best results, you should always use synthetic engine oil. The two oils we have evaluated are top-of-the-line options.