Cam phaser lockouts are a quick and affordable solution to getting rid of engine click noise and engine performance. On the contrary, lockout kits may increase fuel consumption in high RPM. Let’s hop and weigh the cam phaser lockout pros and cons for once and all. 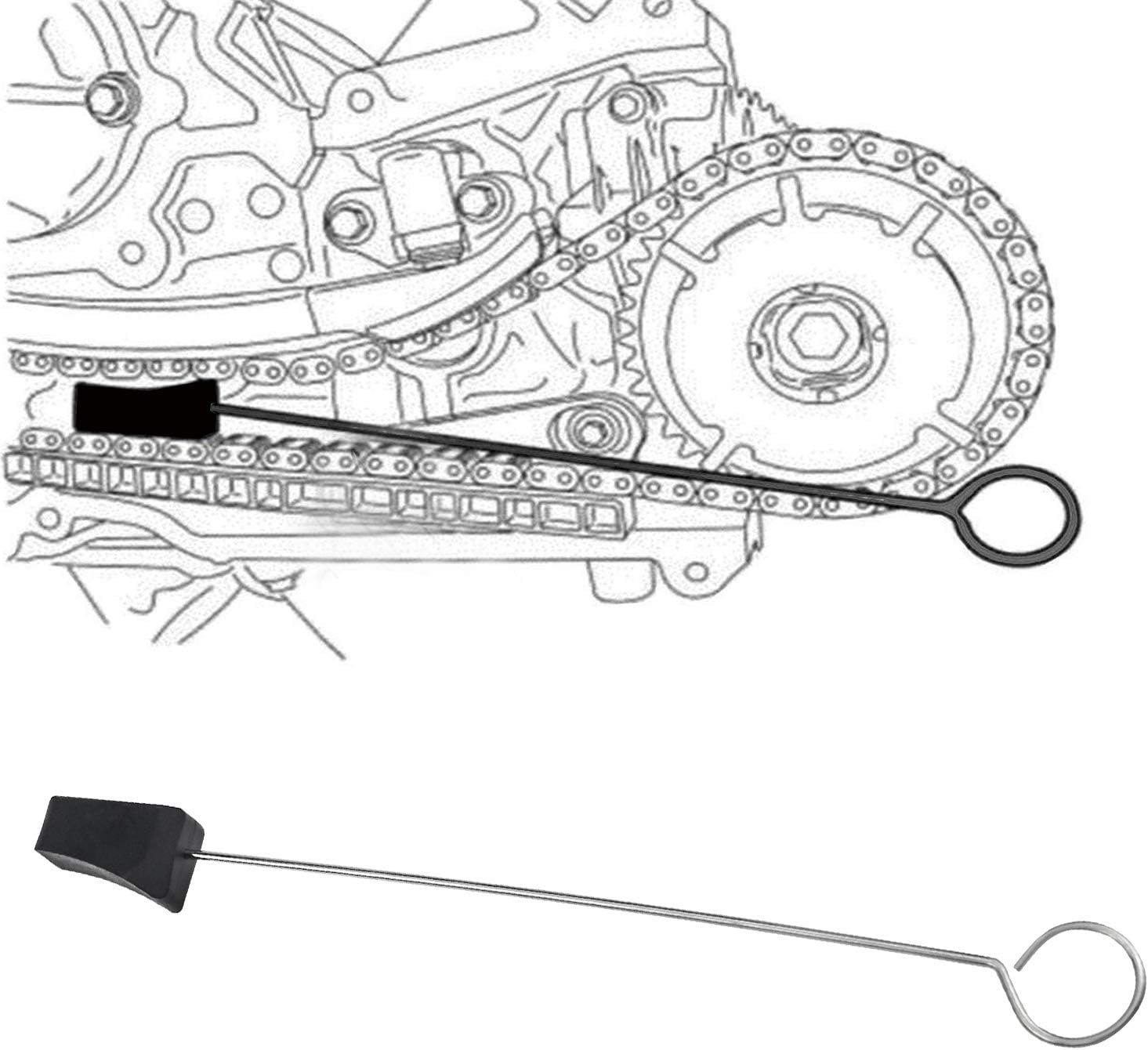 Want to know how much your dealer made from selling you the car? Use the online car sales commission calculator here and find out.

What is the Purpose of a Cam Phaser lockout

An engine’s performance is measured by its overall ability to open and keep open both its intake and exhaust valves. In ancient times, a camshaft was used to control the valves’ timing of opening and closing manually. Today, a cam phaser, which is a modern adjustable camshaft, is used to control valve timing in an engine.

It uses a computer-controlled server to control the timing. Both the intake and exhaust valves have a separate cam phaser, which helps regulate the valves’ overlapping. The computer can either decrease the overlap, make the engine more efficient, or increase the overlap, increasing the engine’s horsepower. It also helps to improve fuel combustion and thus produces less emissions. See details here.

There are many advantages of using a cam phaser lockout. It is the most recommended option for quick cam phaser fixes.

Lockouts in engines help to getting rid of the annoying knocking noises in the engines. Lockouts work perfectly in vehicles that have not had their engine exposed to prior severe engine damages that could have affected the cam phaser. Check detailed compatibility here.

Compared to other methods of reducing or preventing cam phaser problems, it is relatively cheaper. You can literally have it done for more than half, less the amount you would pay for the other alternatives. Compare online costs here.

For example, the cost of replacing an engine could range from $3500-$5000 to replace a low mileage engine in a ford. However, think of this, you can pay as low as $25-$100. This is less than a ⅛ of the amount you would use to replace an engine. And also, it is not only cheap but offers a long-term service.

Mileage per gallon, abbreviated as MPG, indicates the fuel consumption of a car for every mileage. If your vehicle displays a 50mpg, this simply means that for every 50 miles you will drive, your vehicle will consume 1 gallon of petrol in the fuel tank. When using lockouts, the amount of gallon consumed reduces when the rpm is low because of the 20 plus degrees advance in timings. Here’s how to track your mileage efficiently.

Improved Efficiency of the Car

When using cam phasers, you avoid any damage caused to the car or any part of the vehicle, such as the pistons, chain tensioners, and lash adjusters. This helps to maintain the car parts as well as the car in good condition. Regular monitoring is the key, here’s how to monitor.

Cam lockouts help to eliminate the failures of cam phasers. This will help you save money. It simply means that no cost will be spent for regular repair and replacements of parts that have worn out due to the cam phasers’ failure.

Follow me on this, when driving on low rpm, the mpg is increased. However, when driving on a high or regular rpm, then the GPM is reduced by 1. For example, initially, your f150’s mpg was 50mpg, which means, for every 50 miles, you will consume 1 gallon of fuel. After installation of lockouts, this would supposedly change to 49mpg when driving under normal or high rpm. Here’s my guide fixing on F150 wheel bearing noise.

How Does Cam Phaser Work

When no oil pressure is applied, the phaser is locked in position by a pin inside a hole. However, when pressure is applied, it moves the hole’s pinout, unlocking the phaser, making it rotate. The valve timing could also be adjusted depending on the engine load and speed using a Powertrain Control Module(PCM).

There are two types of cam-phasers; a vane-rooter and a lobed rooter. A vane rooter could result in a 20-30 degree change in valve timing, thus is more efficient.

Here’s why you should never use wrong oil grade for your vehicle.

What are The Symptoms of a Bad Cam Phaser

When you hear a noise and trace it to the front of the engine, it is probably a worn phaser. Other times, the noise could result from low oil pressure in the phasers caused by wear in the cylindrical heads. Read my guide on low oil pressure quick fixes here.

In some extreme cases, the phaser could affect the idle, making it hard for the engine to warm up and quickly lose warmth. Here’s my guide on what to do when engine starts but won’t stay running.

Why do Cam Phasers Fail

Low pressure in the phaser makes the pin drop into the hole holding the phaser in a fixed position. This could result in a knocking sound. Fixing a failed cam phaser is rather a simple process that does not require any complicated tools. You could also opt for a replacement of both the phaser and all its followers.

What Happens if you Don’t Replace Cam Phasers

A failure in a phaser doesn’t mean the end of you enjoying driving around. Machines, which are computers, have an ‘inbuilt antivirus’ program to help protect and maintain everything intact. In case of a failure in a cam phaser:

How do I Prevent Cam Phaser Problems

People often wonder whether cam phaser problems can be permanently solved. I have tried to provide different solutions to help solve your problem.

Don’t get panicked over a oil leak. Here’s my quick fix guide.

The most reliable and recommended method would be to use a lockout kit, which permanently eliminates future problems.

Here’s some common questions and answers about cam phaser.

How much does it cost to have cam phasers replaced?

Will a bad cam phaser cause misfire?

Yes. Misfiring, also known as idling, occurs when the valve timing is off.

Solenoids control the oil pressure in the cam phaser. When pressure is applied, the solenoids increase or decrease the timing. In case the pressure falls, then a knocking sound is produced in the engine.

You are probably tired of spending too much money on fixing and repairing problems caused by cam scanner failures, and you are now looking for a long-term solution. Lockouts also known as delete kits are by far offer both pocket-friendly and long-lasting services, and that is what all of us want for our vehicles; To be more of an asset and less of a liability. Lockouts are definitely long time investments worth your hard-earned money. I’ll be glad if this cam phaser lockout pros and cons list help you make better decisions. Read my post on camshaft phaser here.

Taking your car for repair at dealership? Don’t forget to ask for your loaner car (It’s free). Have you ever wondered why your car wont start after getting gas? I’ve been driving for years, and I own four cars now. Recently, one…